Buying a rifle scope in today’s marketplace can be a daunting task.
Here are a few helpful features to think about:

How to Choose Magnification

Outside of personal preference, the cartridge of the host rifle should be the determining factor in how much magnification is suitable.

Do you want to have an adjustable turret on the scope or will you be relying on a BDC type reticle to compensate for distance?

There are a variety of ways to solve the same problem when it comes to ballistics, so it really ends up being a matter of preference. Some folks prefer a simple reticle to keep their view of the target unobstructed at full magnification. A custom ballistic turret would be ideal for someone with this preference. For those who prefer to hold for windage or elevation adjustments, bullet drop compensating or BDC reticles are the clear winner.

If you are going with an adjustable turret make sure to decide on the type of distance you want to achieve. Remember to take into consideration the type of rifle you will be using. A .30-378 will require much less adjustment to hit 800 yards than a 6.5 Creedmoor.

Most riflescopes have the option for an illuminated reticle. This can be an extremely helpful feature if you find yourself taking shots early in the morning or later in the evening. Though most would say the difference is negligible, it is worth mentioning illumination options typically add to the weight of the riflescope.

Is the scope going on a light-weight mountain rifle or a bench rest competition rig? When shooting from a bench or not far from a vehicle, the weight and size of a rifle or scope are not as big a concern. Contrarily, with a rifle you’ll be bringing into the backcountry, the size and weight are of the utmost concern.

For more thoughts on weight check out this post.

Using the system you’re most familiar with is typically the best option unless you’ve made a deliberate decision to switch. Regardless of the unit of measurement, try to consider the mental gymnastics of making your ballistics calculations in the field. Will you be hunting with a buddy? What units is he/she using? Are you ranging in yards or meters?

A more detailed look at Mils or MOA.

Most riflescopes designed for hunting feature second focal plane reticles – meaning the reticle is etched on a static lens such that it does not change in scale at any magnification. The marks on a second focal plane reticle are typically calibrated for the highest magnification on a variable power scope (ex. on a 5-25 power riflescope, the reticle would be calibrated for 25 power). This means that at half-power (15 power on a 5-25 scope) the reticle measurements will be twice what they are at full power. For example, if each mark is measured in .25 MOA increments, the same marks at half-power will be .5 MOA.

On the contrary, first focal plane reticles increase in scale as the magnification is increased. As a result, the reticle marks represent the same measurements at any magnification. A .25 MOA reticle marker is a true .25 MOA at 5 power, 6 power, 7 power, and so on.

Here's a more detailed look at FFP vs SFP

Talk to a Rifle Scope Expert
Outdoorsmans employees are well-versed in riflescopes from a variety of manufacturers. Between hands-on training, range shooting and visiting manufacturing locations we have the experience to help you make the right decision.

Or
Start a Chat! 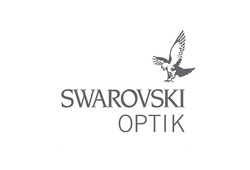 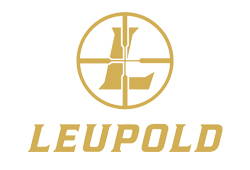 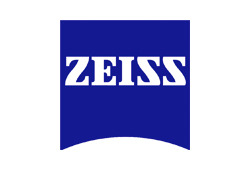 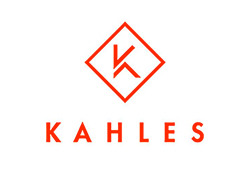 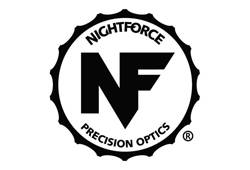 Key Takeaways: Crystal clear glass and wide ranges of magnifications make this a great option for your next high-end build. With the addition of the BTF, this riflescope can be used for almost anything from dangerous game to long-range hunting.

Key Takeaways: World-class optics at a very reasonable price. The clarity and color of this riflescope will outperform the price every time you sight in. We make the deal even sweeter by providing a free custom turret with every one of these riflescopes.

Key Takeaways: The new Z5 is one of the best low magnification offerings out there. With its large objective lens and lower magnification, you will be blown away by the clarity and pure brightness.

We take a look at the features of the Swarovski dS 5-25x52 Range-finding riflescope as well as offering our personal thoughts on it.

Read more about the Swarovski dS

Key Takeaways: A scope that has it all is hard to come by. Some may say impossible. The Mark 5 offers a compact design, wide magnification range, amazing clarity and more than enough elevation adjustment. We'll let you be the judge.

Key Takeaways: Leupold offers an illuminated reticle, a throw lever, and a free custom turret standard on all VX-6 riflescopes. An all-around great riflescope with all those added features should be considered by anyone looking for a riflescope.

Outdoorsmans recently made a trip to the Leupold headquarters. We received hands-on training on their optics and spent some quality time at the range. We're big fans of Leupold, and they're big fans of us.

Key Takeaways: A perfect choice for hunting the western states. With 103 MOA elevation and 58 MOA windage adjustment you won't soon outgrow this scope.

Key Takeaways: The ultimate in longe range precision riflescopes. Kahles offers plenty of easy to use and useful reticles along with the option to place the windage adjustment on either the left or the right.

Key Takeaways: Nightforce has always been known for its legendary durability. The legendary features don't stop there. The ATACR has it all with easy to use turrets and field-proven reticles.

Still Have Questions?
Don't sweat it, we know choosing the right riflescope feels like you're choosing the difference between success and failure. Let us help you find success within your budget.